5 REAsONS 1 on 1
COACHING IS
PERFECT FOR
YOUR BUSINESS

coaching that is all about your business

#1
Business coaching is and will assist you to draw a line in the sand and achieve a laser-like focus on delivering your business goals.

#2
Business coaching gives you a personal experience that is practical, It isn’t like a group training session talking about generic ideas or theories.

#3
Unlike consultants or mentors that may pass on knowledge or look at things in a reactive capacity, a business coach will work with your immediate business needs to create the steps to

#4
Business coaching has a very specific focus to quickly for your small business with a hands-on approach, getting involved rather than commenting from a distance.

#5
your location, your business to work on your specific goals and challenges at a time the suits you.

As you can see business coaching is different from consulting, counselling, mentoring and training and provides distinctly unique deliverables. Each of these disciplines have their place and can deliver positive outcomes for business owners, although if you want hands-on, practical advice to grow your business now, then a business coach is the right choice.

You can summarise the differences in these simple summaries;

Consulting
is unlike coaching because with pure coaching, the answers come from the client. Consultants typically try to give you answers while coaches are skilled at asking great questions so you take a lead role in identifying your own solutions.

Counselling
In general, counsellors are trained to diagnose and help clients with emotional trauma, past events or dysfunction. A counsellor tends to focus on past events.

Mentors
are often chosen as a wise and trusted guide. Seen in a reactive capacity and responding to issues as they arise. More a one way transfer of information where the mentor acts as a teacher in sharing their experience.

Training
is usually more formal and generally done in larger groups. Training entails teaching, because it passes on advice and knowledge 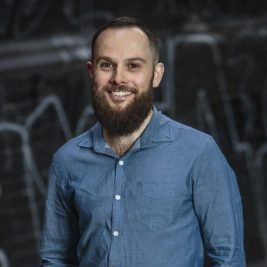 David provides 1-on-1 business coaching for with a focus on doing, not delivering theory.

David helps business owners across different industry sectors, people from all backgrounds, personalities, pressures and mindsets. From the first minute of the first session, David will share the tricks, tools and tips learnt from 20 years’ practical, hands-on experience growing businesses.


LEARN ABOUT DAVID >
GET COACHING >

LEARN MORE ABOUT GETTING A BUSINESS COACH 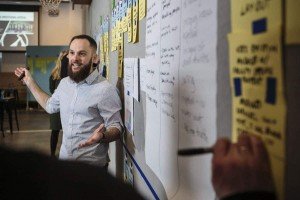 Why 1 on 1 Coaching Is Perfect for Your Business

Learn more about why a personal business coach can be the best decision you can make to grow your business. 30 Ways a Business Coach Can Help You How to Sidestep Workplace Tension but Still Be Heard

As a trained mediator I have dealt with some very ugly scenarios involving workplace tension. After all we are human but there are techniques to manage it.

COMMON QUESTIONS ABOUT A BUSINESS COACH

WHAT DO BUSINESS COACHES DO?

Business coaching is designed to give space to business owners and breed accountability.  It helps hit the pause button, reassess, make decisions, commit to new action and move forward with clarity to navigate uncertainty and ambiguity.

Business coaches should be skilled and qualified with a diverse and successful background in small business-related issues.  They know how to grow businesses!

They provide personalized advice to steer you through any obstacles you face running a business.

A business coach will help you:

Find new people to collaborate with and new investors

WHAT TO EXPECT FROM A BUSINESS COACH?

The best business coaches treat their client as if they are the most essential thing on their mind.  Their service is flexible, personalised and hands on.

It should be a completely different experience from off-the-shelf training, the general advice of a mentor, articles on google or listening to podcasts.  All of which have merit but don’t allow for your personal circumstances and preferred way of attacking problems.

When you work with a business coach you should expect to be held accountable to your business targets.  You should be prepared for:

WHY DO I NEED A BUSINESS COACH?

If only ½ half of startups survive more than 5 years and only ⅓ make it to 10 years, what’s the huge game changing move to grow your business as well as setting it up to be sustainable?

Get your hands on an elite business coach! They could be worth millions to you.  First things first, a business coach will quickly help you identify your gaps which could include:

HOW CAN A BUSINESS COACH HELP ME?

In small businesses it’s easy to be complacent. A business coach ensures you get more out of yourself and the business.  They make you look for every angle. Ways to be more efficient, with processes and strategy and ways to make more $.

A business coach will help you in the art of negotiation and navigating tough business decisions. They will push your performance to new levels which will become your new A grade standard. Every single business owner needs an accountability coach.

A business coach will dive into every session with a clear agenda.  A chance to discuss immediate issues surrounding the business.  To explore cash flow projections for the next 12 months.  To help strategize and put ideas forward for emerging opportunities and issues.  They are available via phone and e-mail and are a truly brilliant feature of the best small business teams. Much, much cheaper than a junior full-time employee.  In fact, a small fraction of a cost but someone with the calibre of a CEO and Executive.

WHAT CAN A BUSINESS COACH HELP WITH?

I wake up every morning, with the words of the Young Entrepreneur Council front of mind.

In an article written in 2015, they described how a business coach can make you work harder and progress faster than you would on your own. From providing a much-needed ego check to helping expand your network, a business coach can give you both the tools and perspective you need to go from point A to point B.

Based on their own experiences, 10 successful founders from Young Entrepreneur Council discuss some of the benefits to hiring a business coach.

HOW CAN A COACH HELP BUSINESS?

After conducting more than 273,175 interviews on the topic, the Gallup Wellbeing Index demonstrated that 45% of entrepreneurs report being stressed. Entrepreneurs also were reported to having “worried a lot” — 34%.

Almost all small business owners desperately need advice on how to grow their business but end up running the same weekly process, rhythm and routines. Metaphorically, hitting your head against the wall until they become a statistic!  Sounds a bit grim, but let’s look at some figures.

UTS Sydney, produced a report called ‘Start Me Up’ in which they estimated that 1 in 3 new small businesses in Australia fail in their first year of operation, 2 out of 4 by the end of the second year, and 3 out of 4 by the fifth year.

Small business owners often become overwhelmed by all the information and advice available. Thousands of articles, videos and podcasts online on ways to grow a business.  In the context of a small business owner it can feel generic and not specific to your unique business.

Yet they usually pivot away from business coaching on the basis that they see it as expensive.  But when you consider it in context of business failure rates and staffing costs, it is so much less expensive than the alternative — making poor business decisions.

Business coaching is best delivered as a hands on, targeted and customised process.  All about return on investment, winning and getting things done!

No matter how solid things are going, the best business coaches will take you to the next step.

HOW MUCH DOES IT COST FOR A BUSINESS COACH?

As soon as I’ve built trust with a new small business client, we revert to a monthly retainer. In this situation, my clients pay me a flat fee each month for access to my services.

In terms of added value, the monthly retainer package includes:

When you are weighing up the cost of a business coach, compare it to the real cost of labour. Don’t forget the hidden cost of employees:

WHO ARE THE BEST BUSINESS COACHES?

The best business coaches have some clear features:

WHAT DOES A BUSINESS COACH OFFER?

After every single session, David sends me a comprehensive summary report.

He includes summaries of all previous sessions.  A complete record of every encounter.  Every outcome.  Like an index of every key issue and decision for 2 years.   He includes next steps for the following session.  Accountability is the theme.

These reports are not standard for any business coach. They are so in depth and it’s like David writes every word said in the session. It is his true genius.  You don’t notice him taking notes.  But they are comprehensive and accurate.  He lists the goals that need to be met before the next week. These reports drive exceptional performance. You wouldn’t be doing these things otherwise. I swear by his reports as the greatest level of value I had ever seen.

The proof is in the pudding. This expression means that the best way to find out if something is good or successful is to test it yourself.

When I think of a reason to use me as a business coach I think of a well-known speech by Carlos Ghosn, Nissan’s president and CEO and the engineer of the company’s dramatic turnaround: ‘Don’t judge me on a good speech. Judge me on my results. Be very cynical. Be very cold. Look at the profits, the debt, the market share, the appeal of the cars. Then judge me.’

In my own case, I ask you to review the following case studies from my clients: